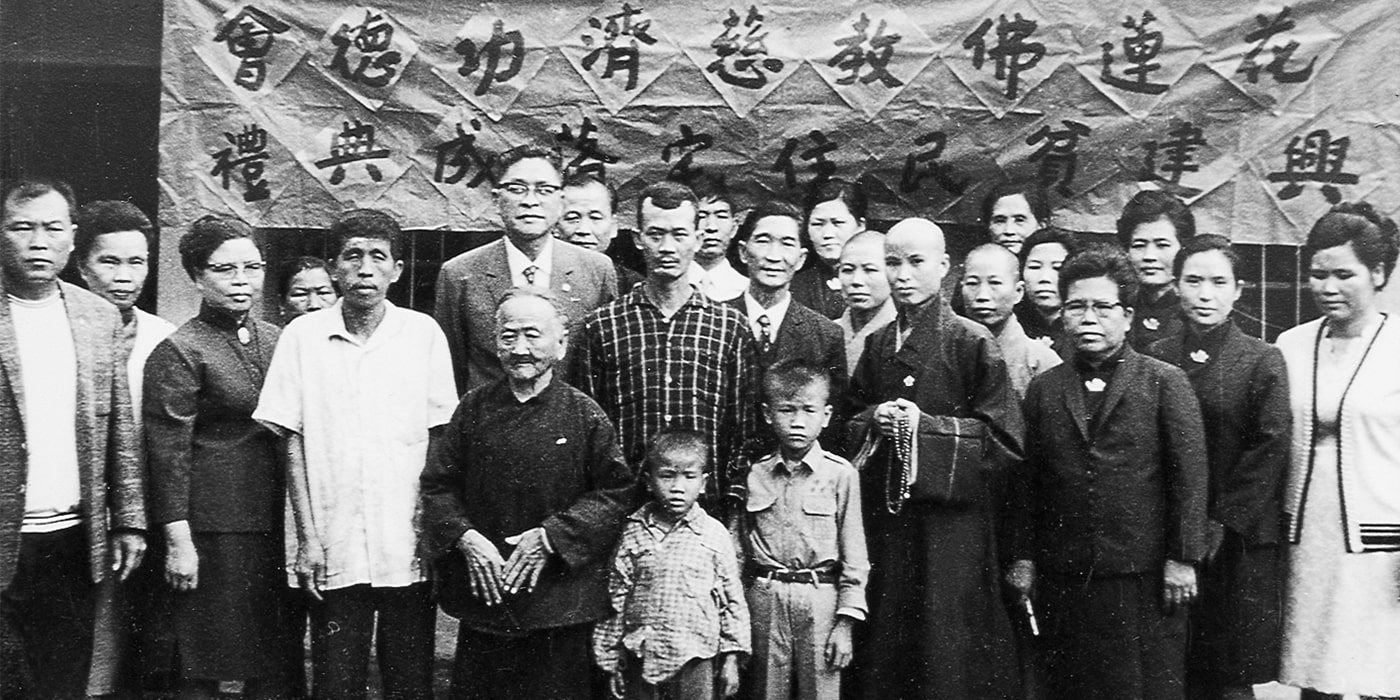 Wishing for All Poor People to Receive Aid and Find Peace

Those who received relief aid after Typhoon Nadine were long-term care recipients Wu A’tong, Wang Chuangmei, Chen A’biao, and so on, three households with a total of seven people. The homes were constructed in Jiali Village, Xincheng Township, after purchasing the land from Pan A’bi for NT$4,800. Construction began in the middle of September, and they were able to move in at the beginning of November.

Each of the three housing units included a kitchen, and the concrete buildings came complete with fixtures. During the construction process, the project received the attention from local leaders. On November 11 of that year, the housing dedication ceremony was presided over by Master Cheng Yen, alongside Hualien mayor, Huang Fushou, who cut the ribbon, and Xincheng Township mayor, Wu Wanzi, who handed over the keys. During this time, enthusiastic community members also provided tiles, steel bars, door frames, dishes, and so on to show their support.

The association recently helped a mentally ill woman to be admitted to Yuli Hospital for treatment, earning praises from the public.

The association recently helped a mentally ill woman to be admitted to Yuli Hospital for treatment. This compassionate action not only gained the undying gratitude of the patient’s family, but people from every corner of society also spoke up with praise, acknowledging the association as the top charity organization. Wu A’tong is a resident living at 31 Daoxiang Road in Ji’an County’s Daoxiang Village with his wife and two young children. Wu A’tong had glaucoma and was unable to see, and his wife had a mental illness. The two children were seven and five years old, making them a family of four. None of them could work, and thus they had nothing on which to depend for their livelihood. The association chair saw this situation and made a decision with the commissioners to provide long-term care. Every month, the association would give them two units of rice and NT$400 in cash to provide for their living expenses.

However, misfortunes never come alone. At the end of July, Typhoon Nadine made landfall, and the dilapidated house was blown over. The whole family had to take shelter under the awning at a warehouse near Ji’an Station. It was then that the foundation decided to build a concrete house in Jiali Village, Xincheng County for them to live in.

With regard to doing good deeds and creating evil, all have their respective retributions. Master recalls a charity case in the early years: “It was probably over thirty years ago. The first Tzu Chi Housing Complex was in Jiali Bay (editor’s note: today this is known as Jiali Housing Complex, Xincheng Township, Hualien County). We constructed three housing units. One of them was for a man who was homeless. In fact, when he was young, he had been very wealthy and owned a mining operation to excavate marble from the mountains. His company was very large, and when he had business dinners, they were always extravagant, with dishes of fish and meat. He also greatly enjoyed hunting. But, after a period of time, he co-signed loans for people, wrote checks, and so on, and while struggling with cash flow, he found himself in violation of a commercial instrument law. The mine was seized and he even lost his home, leaving him homeless and living in another person’s hallway.”

“When we were notified and went to see him, we could see festering wounds on his feet. He was seriously ill, and his stomach was bloated. He indicated that his foot injuries were from a rock ricocheting and hitting his foot when he was mining. The injury was initially not severe, but after losing his business, he did not treat the wound well and the infection became increasingly severe. He said that he did not even have anything to eat, let alone medicine to apply to the wound. When the pain became unbearable, he rubbed salt on the wound to numb the pain.” Master told him that Tzu Chi would provide him a place to live and had arranged for the infections to be treated. Yet, to the day he died, he had to walk with a cane.

Master said that this man had his moment of glory, but he had also created bad karma by blowing up the mountains, destroying the forests, hunting and killing living things, and consuming so many lives that he later became poor and sick, stumbling into desolation. There are many people in situations like this who Tzu Chi has helped. Whether it is a life of many illnesses or a short life, they are all so painfully tragic. This is a reminder to everyone that we must be cautious in what we say and do, and we must also maintain respect for life.