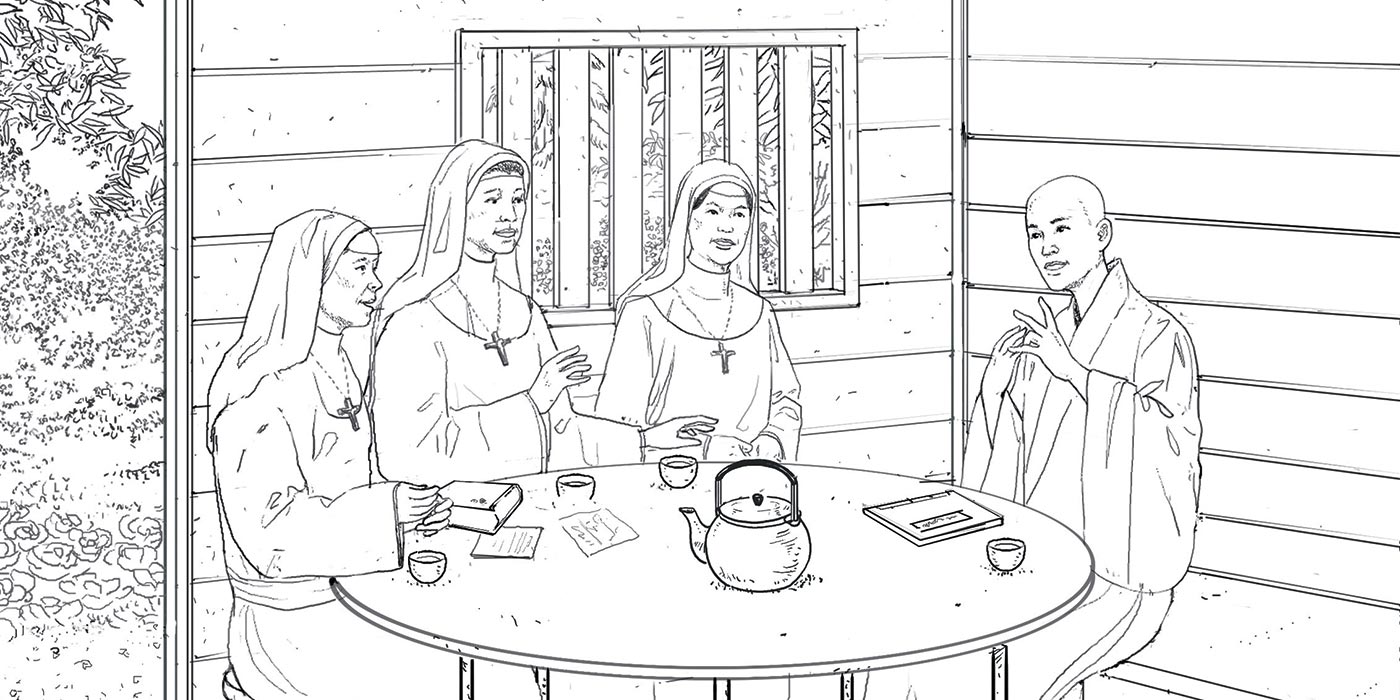 Three Catholic nuns (Sister Zhang Jinju, Sister Huang, and Sister Tang) came to spread Christian teachings and discuss life and religion with Master Cheng Yen. This led Master Cheng Yen to the profound realization that Buddhist practitioners ought to benefit society in tangible ways. That afternoon, Master Cheng Yen told her disciples and the two seniors who had asked her to stay, “If everyone produces one more pair of baby shoes each day, we can actually do relief work.” She also said to the thirty disciples who had petitioned Master Yin Shun, “If you wish for me to remain in Hualien, then every one of you must save fifty cents each day as a charity fund.” It was on that day that Master announced she would begin accepting donations for charity work. This is how the spirit of the bamboo banks began.

Just now, Chairman Weng told all of you that the Tzu Chi Merit Association has been around for nineteen years. Why did I decide to establish the Merit Association nineteen years ago? It was for one reason, which consisted of two conditions. First, it was for the Buddha’s teachings. Second, it was for sentient beings. In what sense was it for the Buddha’s teachings? Nineteen years ago, Buddhism in Taiwan was still very conservative, and it could be said that most people had self-cultivation as their sole aim. People considered Buddhism to be very conservative and misunderstood it. Intellectuals thought that only those who had nothing to do would believe in Buddhism; they thought Buddhism was a form of superstition, that it was the religion of old people, and so they gave it no thought. When I had just left the lay life, I was full of passion and sincerity. I wondered, with the principles of the Buddha’s teachings being as wonderful as they are, why did our society’s intellectuals not respond to it? The reason I discovered was that Buddhism was too conservative, that it had little to do with society. This was one reason why I decided to establish Tzu Chi.

Of course, my greatest motivation was a patient. The woman was carried for eight hours by four young people using two poles and a chair, all the way down from the mountain. Even after this journey, she was unable to receive medical attention, and she was carried back home while bleeding. Hearing about this shocked me greatly.

At the time, I thought to myself that the strength of love around me was too weak and too limited. I thought that if we could broaden our love, we could help sentient beings. I also realized that no matter how much money we had, the strength of one person would be insufficient to help so many people. This could only be accomplished by expanding our numbers. In this way, we would be like Guanyin Bodhisattva, with a thousand hands and a thousand eyes, just as described in the Buddha’s teachings! When I had just begun to follow the Buddha’s teachings, I wondered, “How could a bodhisattva have a thousand hands and a thousand eyes?” I could not comprehend this.

At that moment, I also realized that suffering people would not be found out in the open, for they are mostly in the dark corners of the world. Therefore, we must have countless hands all around in order to find those who suffer in the dark corners. Thus, I decided to organize the Tzu Chi Merit Association. This was one of the main reasons.

There was another reason why the Association was founded so quickly. When I was struggling with these ideas, three nuns happened to come for a visit; they wished to convert me to Catholicism. At that time, I was engaging in spiritual practice alone in a small wooden cabin, so they must have thought I was quite a sorry sight to see. They wanted to convert me, and we discussed and compared the principles of Buddhism and Catholicism. Only then did they become aware that the principles of the Buddha’s teachings are truly very profound, wondrous, and highly educational. They also understood that the Buddha’s spirit is very great. Therefore, they sincerely accepted the principles of the Buddha’s teachings.

Yet, I was also persuaded when they said, “The spirit of the Buddha’s teachings is so great, and the principles of the teachings are so wonderful. In theory, the Catholic concept of caritas is not as great as the Buddhist notion of compassion. Yet, our works of caritas can be seen throughout society in nursing homes, hospitals, and schools.” Indeed, they were not exaggerating, for it is true that society is full of Catholic charitable organizations; churches can even be found in the depths of the mountains. When I heard them say this, I really had no response. As I am a Buddhist and had to stand up for Buddhism, I could only reply, “The Buddha teaches the spirit of having no view of self and not seeking recognition. It does not mean Buddhists have not done charity work. I believe that many anonymous donors in society are Buddhists. If all the Buddhists could be brought together, their power would truly be great.”

One nun replied, “If that is so, Dharma master, I hope you can organize them as soon as possible; I pray you can set up such an organization.” I said, “I will. I will set it up quickly.” These were the causes and conditions that helped me to found the merit association more quickly.

Because of this convergence of causes and conditions, I was unable to rest at midday after the nuns had left, for at that time, my master had asked me to return to Chiayi. Venerable Yin Shun had been invited to teach at the Chinese Culture University, so he needed someone to preside over Chiayi’s Miaoyun Temple. He felt that the place where I stayed with a group of my disciples in Hualien was not very proper. So, he wanted me to take my disciples to Chiayi, and I had already agreed.

Since it was my teacher’s instruction, I agreed. My teacher had provided me with the money needed to move, so I was preparing to leave Hualien. However, my disciples in Hualien felt greatly anxious and concerned. They were willing to do anything for me as long as I would not leave. That afternoon, following my conversation with the nuns, I immediately spoke with the two seniors in the cabin, saying, “Dear bodhisattvas, you do not wish for me to leave Hualien. So, if we can make one thing happen, I will never leave Hualien.”

They replied, “If you are willing to stay, we are willing to do anything.” At the time, we sustained our way of living by making baby shoes, with one pair selling for four dollars. So, it is appropriate to say that the Tzu Chi Merit Association was sewn together thread-by-thread. I said, “If each of the six us could make one more pair each day, then, we will make over 700 dollars each month. A few days ago, there was a woman who could not receive medical attention because she did not have the 8,000 dollars needed and left. If we can make 700 dollars a month, that is around 8,000 to 9,000 dollars a year, and should we encounter such a situation again, we can help the person, can’t we? If we can succeed in doing relief work, I will remain in Hualien forever.”

So, it began with an additional pair of baby shoes from each person. Then came a petition signed by the thirty housewives who did not want me to leave and petitioned my master to ask him to allow me to stay longer. I gave each one of them a bamboo bank to deposit fifty cents into each day. Each month, they would save fifteen dollars for me to do relief work. This was how the Tzu Chi Merit Association was formed.

From Bamboo Banks to International NGO: The Great Treasury of the Tzu Chi School of Buddhism (Rhythms Monthly, 2011) 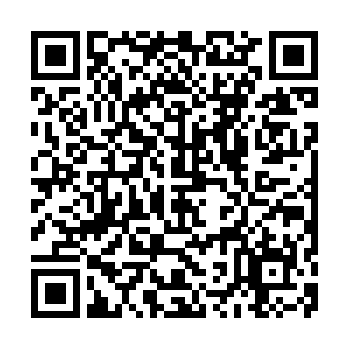