In the winter of 1963, Master Cheng Yen accepted an invitation to teach this sutra at the Cishan Temple in Hualien. It was at that time, by listening to her lectures on this sutra, that several of the Jing Si Abode’s Dharma masters and senior Tzu Chi commissioners in Hualien first formed affinities with the Dharma. Later, during a three-month retreat at the Jing Si Abode in 1981, Master taught this sutra again. At that time, Tzu Chi was facing the most difficult period of preparations for the hospital in Hualien. So, in order to fortify everyone’s spiritual aspirations and diligent practice, Master Cheng Yen carefully explained the text through examples from everyday life. This publication is primarily based on the recordings of the teachings she gave during this retreat.

A translation of Dharma Master Cheng Yen’s teachings on the Earth Treasury Sutra is forthcoming.

The Earth Treasury Sutra primarily focuses on explaining the concepts of filial piety, the law of karma, and the practice of great vows.

1. Filial piety: In order to show his gratitude to his mother for giving birth to him, the Buddha made a special trip to Trayastrimsa Heaven to expound the Dharma to her before he entered Parinirvana. Thus, the Earth Treasury Sutra is also thought of as a Buddhist sutra about filial piety.

2. The law of karma: The ancients said, “To know the karmic causes from our past lives, we must look at our karmic retributions in our present life. To know what retributions will come in our future lives, we must look at what we do in this life.” In the Earth Treasury Sutra, Manjusri Bodhisattva, Ajnata Kaundinya, the King of Freedom in Samadhi Bodhisattva, the Four Heavenly Kings, and Samantabhadra Bodhisattva requested teachings in succession. This led the Buddha and Earth Treasury Bodhisattva to teach the Dharma, explaining in detail the karmic causes, conditions, and retributions of the sentient beings suffering in hell, one by one.

In the winter of 1963, when she was no longer able to continue living at the small wooden cabin where she engaged in spiritual practice, Master Cheng Yen accepted an invitation to lecture on the Earth Treasury Sutra at Hualien’s Cishan Temple for a total of four months. At the time, her affinities with the Dharma were strong, so her audience was full of enthusiasm, and their will to practice was unwavering, rain or shine. It was by listening to her lectures on this sutra that several of the Jing Si Abode’s Dharma masters and senior Tzu Chi commissioners in Hualien first formed affinities with the Dharma.

In 1981, from May 18 to August 20, Master Cheng Yen held a three-month long summer retreat, lecturing once more on the Earth Treasury Sutra at the Jing Si Abode. In order to suit the capabilities of her listeners, her teachings were not overly complex, nor were they overly simplistic. These lectures were completely recorded, and the records served as the basis for re-compiling the lectures in this book. (Tzu Chi Cultural Pub. Co. had already compiled these lectures into The Earth Treasury Sutra, the Buddhist Door of Great Filial Piety, published in August of 2003).

The Earth Treasury Sutra reveals principles through a description of worldly matters. Although the sutra text is easy to understand, the principles it contains are profound. For experienced Buddhist practitioners, the sutra confirms that the law of karma is inconceivable, while simultaneously drawing newly-inspired practitioners toward the compassionate teachings of Earth Treasury Bodhisattva.

Master Cheng Yen constantly reminded and encouraged everyone to earnestly accept, uphold, and experience the Dharma with reverence and mindfulness. We must chant the Earth Treasury Sutra as though the Buddha himself was expounding the Dharma right before us, so that sentient beings throughout all the Dharma realms of the universe can receive his teachings!

In 1981, Master Cheng Yen expounded the Earth Treasury Sutra during the most difficult period of preparations for the hospital in Hualien. In order to fortify everyone’s spiritual aspirations and diligent practice, Master carefully explained the text through examples from everyday life.

Master also openly discussed the hardships and determination involved in building the hospital, hoping that the assembly would learn from Earth Treasury Bodhisattva and form great aspirations and make great vows. Hualien Tzu Chi Hospital was finally built in 1986, becoming a bedrock for providing medical care. This step toward the expansion of medical care began in Hualien and spread throughout Taiwan. Now, we can see our Tzu Chi International Medical Association relieving the hardships and illness of people all over the world.

Master carries on the Buddha’s Dharma-essence, following the path of “integrating the Buddha Dharma in daily life and becoming Living Bodhisattvas in this world.” Because of this, Master Cheng Yen established Tzu Chi’s Four Missions and Eight Footprints, helping all those who learn the Buddha’s teachings and engage in spiritual cultivation to be able to transform and benefit both themselves and others, spread the Right Dharma, and achieve true liberation by actualizing the Bodhisattva Path.

Tzu Chi volunteers uphold the mission of the Buddha and Master Cheng Yen, following the spirit behind the saying, “The affinities of bodhisattvas are with suffering sentient beings.” Thus, they work tirelessly to embrace all living beings. This is in perfect harmony with Earth Treasury Bodhisattva’s vow: “Until all have been transformed, I will forego enlightenment. Until hell is empty, I will not attain Buddhahood.”

What Is Unique about Teachings on the Earth Treasury Sutra?

The original Chinese publication of this book was made possible by the Jing Si Abode’s monastic practitioners, Pure Practitioners, Tzu Chi volunteers, and others. A total of more than 130 participants helped to transcribe, proofread, and compile the content from the original audio recordings.

For the Chinese version, designer Chen Jun-Liang’s team from Freeimage Design helped with the cover and proposed a text layout where each verse can inspire silent contemplation and each paragraph can stand on its own, while together they form an entire chapter. This design allows the Buddhist sutra to suit modern Chinese reading habits and to be more deeply integrated into our contemplation of daily living [1] 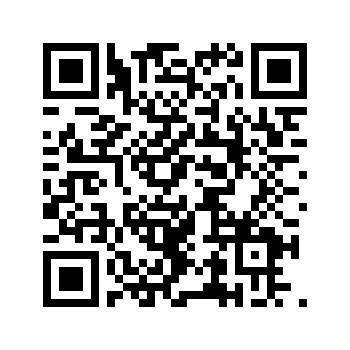